In the Name of God, the Compassionate, the Merciful

Muhammadp, the last prophet of Islam, is widely regarded as one of the most influential men in history. Today, nearly a quarter of the world’s population follows the message he delivered. Despite the enduring influence of Muhammadp, many misconceptions still surrounding him and his teachings. This brief introduction Muhammadp summarizes his life and highlights what the non-Muslim scholars have believed and said about him. So who was Muhammadp?

“He was Caesar and Pope in one, but he was Pope without the pretensions of the Pope, Caesar without the legions of Caesar: without a standing army, without a bodyguard, without a palace, without a fixed income If ever there was a man with. right to say that he ruled by divine right, was Muhammadp, because he had all the power without its instruments and without its supports. he did not care about the ornamentation of power. the simplicity of his private life was in keeping with his public life ” Reginald Bosworth Smith

Muhammadp life began in an apparently conventional manner in the deserts of Arabia in the sixth century. When he turned 40, God commissioned him prophecy and began to reveal His latest book, the Koran. As a prophet, Muhammadp called people to the divine teachings of Islam. He encouraged people to worship the One God and maintain a morally upright life.

The study of the life of Muhammadp is crucial to understand its momentous journey from being a seemingly ordinary to fulfill his destiny as the last prophet chosen by God (Allah, Allah pronounced in Arabic) man. It also helps achieve a deeper understanding of the religion of Islam and Muslim life knowledge.

Muhammadp born in the year 570 of the current era in Mecca. He was orphaned at an early age, since his father died before his birth, his mother followed by six years later. Muhammadp grandfather and then his uncle held him for the rest of his youth. As a result, there was no individual who has influenced him in his beliefs Muhammadp or your outlook towards life since childhood.

As a child, he worked as a pastor. This was significant, as he said then,
“All the prophets of God were shepherds.” Muhammadp then adopted the first office of the Arab – trade, and was widely respected for his integrity and sincerity. However, despite his intelligence, he could not read or write, nor was expert in composing poetry, a hallmark of Arab society. Therefore, the statement that Muhammadp is the author of the Qur’an is unfounded. God said in the Quran: “[Muhammad] speaks not motivated by the desire It is but a revelation inspired..” (53: 3-4).

Before prophecy, Muhammadp was much appreciated by his superior character and exceptional behavior, which gave him the nickname “the Truthful.” The Meccans trusted him to keep their goods safely and often asked to mediate disputes as an impartial judge.

At the same time, Muhammadp detested polytheistic Arab customs and never participated in idolatry. He was also deeply concerned about the social evils in Arabia, as the mistreatment of women, alcoholism, constant war and the humiliation of the poor. Often it is escaping from the atmosphere of Mecca to a cave outside the city, isolating himself for days at a time in meditation.

Although the pre-prophetic life was reputed Muhammadp, it did not indicate that he was about to make a significant global impact. However, these experiences of life and development of his character were part of the way God Muhammadp prepared for the monumental task ahead.

One night in the year 610 of the current era, God sent the angel Gabriel with revelation to Muhammadp. This was one of the most significant events in human history. The event marked the beginning of his prophecy, and transformed his life completely. As a prophet of God after receiving divine inspiration, all his efforts were directed to guide humanity toward pure worship of God. He led an honest life based on the noblest values, initiating major changes in Arabia and beyond.

Whereas before it departed from the social and spiritual corruption in Mecca, he now worked proactively to reform. Muhammadp called his compatriots from Mecca to stop their idol worship and affirm the unity of God. He also invited them to a fair and pious life. He warned of a life in the hereafter in which they will be held accountable for their mundane acts and also gave them the glad tidings of Paradise for those who believe and live a conscious life of God.

Like the prophets of the above, the message Muhammadp was rejected by many of his people. They insisted on maintaining the religious and social customs of their ancestors. The elite group mocked Muhammadp, accusing him of deception and madness – the same man he trusted and honored freely above. Only a few people believed in him, especially among the poor and disadvantaged, who were attracted by his message because of its emphasis on equality and justice.

The Prophet Muhammadp and his small group of followers suffered persecution for 13 years in Mecca. Finally, they were forced to leave Mecca and migrate to Medina, a city whose inhabitants welcomed them enthusiastically. This was where Muhammadp established the first Islamic society that eliminated the uncontrolled spiritual and social problems in the Arabian Peninsula. Religious freedom was instituted in Medina, women were honored and respected as equals, racial discrimination was virtually eliminated, tribal warfare was replaced with brotherhood, usury and alcohol were completely prohibited.

The French historian Alphonse de Lamartine said: “If greatness of purpose, smallness of means, and astounding results are the three criteria for defining the human genius, who could dare to compare any great man in history modern with Muhammad? ”

When comparing his life before and after becoming a messenger, it is clear that God allowed him to reach this point and renown through his prophecy. At the end of his life in 622 of the current era, the powerful teachings of Islam had surpassed even his bitterest enemies. Convinced of the truth of the message Muhammadp and inspired by the purity of his character, the entire Arabian peninsula embraced Islam.

However, some people have argued that Muhammadp was not a true messenger of God but a farce, reflecting a misunderstanding of his teaching, his personality and achievements. Many non-Muslim intellectuals in history have witnessed the inability of this view. The British historian, Dr. Montgomery Watt, addresses this perspective in his writing, “His willingness to suffer persecution for their beliefs, the level of moral character of the men who believed in him and looked up to him as leader, and the greatness of his ultimate achievement all argue his fundamental integrity. to suppose Muhammad an impostor raises more problems than it solves. Moreover, none of the great figures of history is so poorly appreciated in the West as Muhammad. ”

In The Life of Muhammad , the American intellectual famous Washington Irving wrote. “In their private relations, it was just treated his weak friends and strangers, rich and poor, the powerful and, with equity, and was beloved by the townsfolk by the pleasure with which he received them and listened to their complaints … at the time of his greatest power he maintained the same simplicity of manners and appearance as in the days of his adversity … he disliked if, on entering a place, some exceptional testimonials of respect were shown to him. ”

In the century following the death of Muhammadp, Islam spread in all directions, absorbing the Persian and Byzantine empires to the north, reaching Spain in the west and extending its boundaries to include parts of India and east China. This rapid expansion of Islam in a short period of time has made many wonder how a man with a simple message could produce a surprising impact on the world.

Mahatma Gandhi, a champion of peace in modern times, said of his experience in the study of the life of Muhammadp, “I wanted to know the best of the life of one who holds today undisputed influence over the hearts of millions men … I was convinced more than ever that it was not the sword that won a place for Islam in those days in the scheme of life. it was the rigid simplicity, the utter humility of the Prophet, the scrupulous respect for commitments , his intense devotion to his friends and followers, his intrepidity, his courage, his absolute trust in God and in his own mission. These and not the sword carried everything before them and overcame all obstacles. ”

Similar Admiration was expressed by the British intellectual and activist for women’s rights, Annie Besant: “It is impossible for anyone who studies the life and character of the great Prophet of Arabia and how he taught and how he lived, feel anything but reverence for that mighty Prophet, one of the great messengers of the Supreme. ”

Muhammadp was the last prophet in a long line of messengers sent by God, including, among others Adam, Noah, Abraham, Moses and Jesus, peace be upon them all. Like the earlier prophets, Muhammadp called people to faith in the One God and taught them to be fair and compassionate. His life and teachings have been meticulously documented by thousands of starting with peers historical sources.

Michael H. Hart, a Jewish-American historian, in his book, The 100: The ranking of the most influential people in history , he placed Muhammadp in the first place. . According to Hart, “he was the only man in history who was supremely successful on both the religious level as secular … it is this unparalleled combination of secular and religious influence which I feel that Muhammad is entitled to be regarded as the most influential figure in human history. ”

In fact, Muhammadp was one of the most important men in the history of mankind, and its impact on the world is still felt strongly. Reflecting on his extraordinary life and his amazing accomplishments inevitably ask yourself one question: Was it just an extraordinary person Muhammadp or its notable features may be due to that he was a true prophet of God?

Surely the answer to this question carries major implications. We encourage further study of the life of Muhammadp and explore this issue will possibly change your life.

Muhammad: His life based on the oldest sources by Martin Lings the footsteps of the Prophet by Tariq Ramadan Muhammad: Man and Prophet by Adil Salahi


Note: The subscript “p” next to the name of the Prophet Muhammadp represents the invocation which Muslims say when his name, or the name of another prophet, is mentioned: peace and blessings of God be upon him. 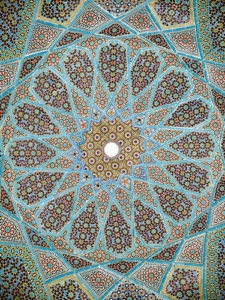 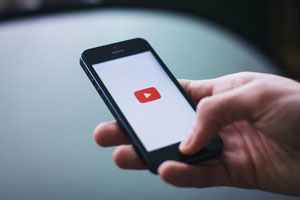